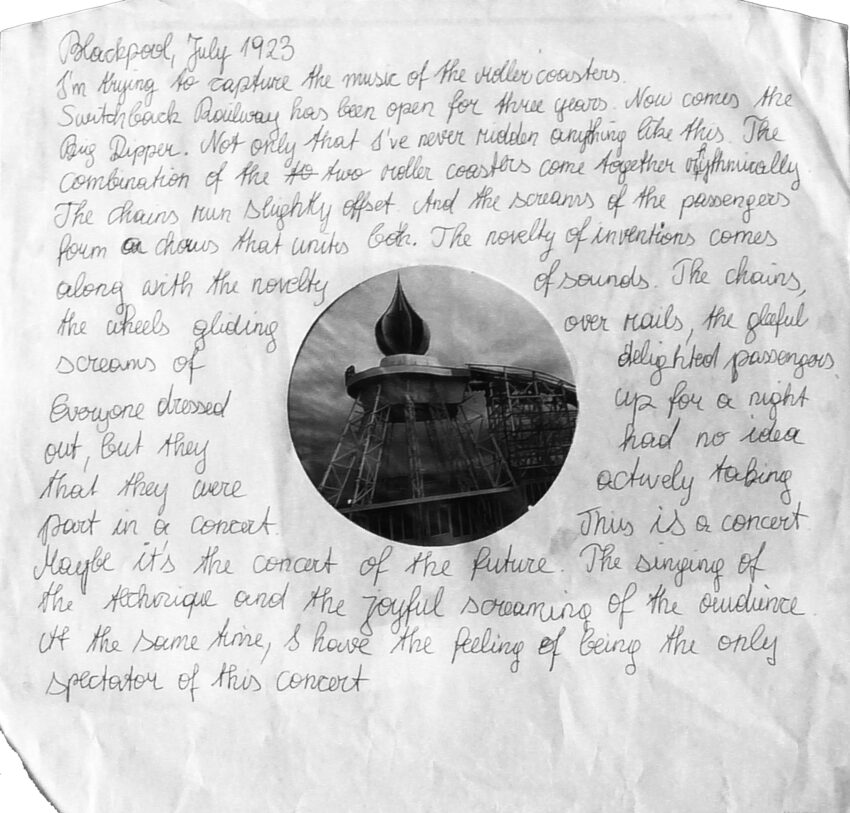 Blackpool, July 1923. I’m trying to capture the music of the roller coasters. Switchback Railway has been open for three years. Now comes the Big Dipper. Not only that I’ve never ridden anything like this. The combination of the two roller coasters comes together rhythmically. The chains run slightly offset. And the screams of the passengers form a chorus that unites both. The novelty of inventions comes along with the novelty of sounds. The chains, the wheels gliding over rails, the gleeful screams of delighted passengers. Everyone dressed up for a night out, but they had no idea that they were actively taking part in a concert. This is a concert. Maybe it’s the concert of the future. The singing of the technique and the joyful screaming of the audience. At the same time, I have the feeling of being the only spectator of this concert.